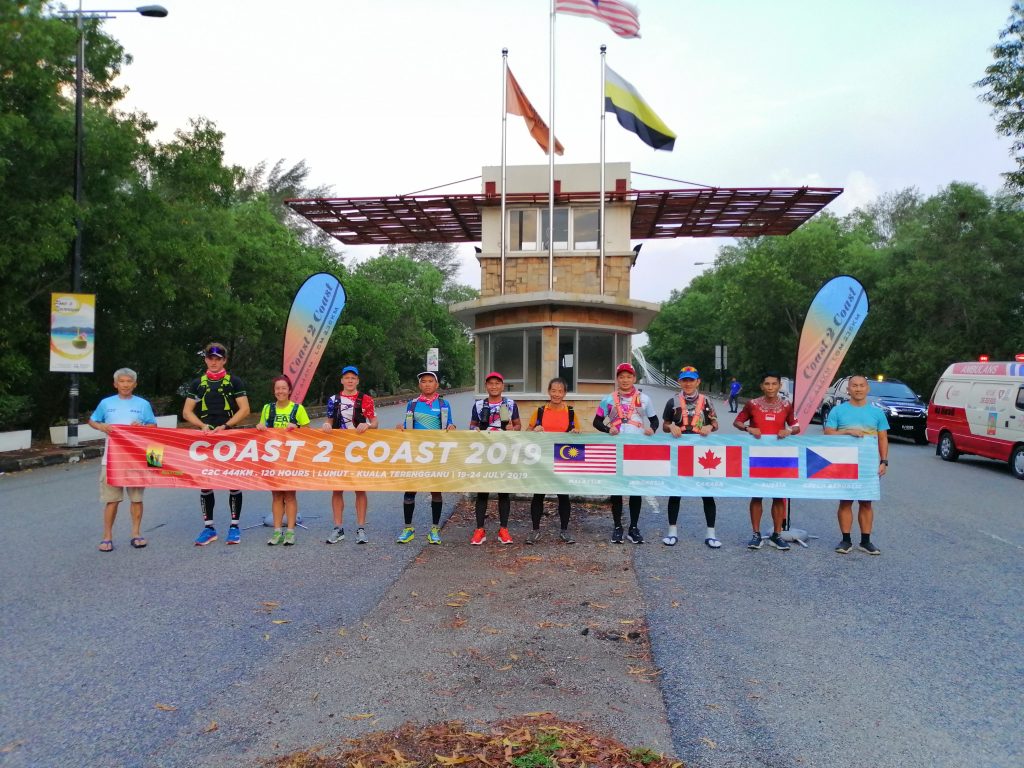 Known as Coast to Coast 444km, the race just completed its second edition on 24th July 2019. A total of 9 runners from countries such as Russia, Canada, Czech, Indonesia as well as Malaysia, its a competition of strategy, endurance, willpower and mental strength.The 1st edition attracted 11 runners, held in 2017.

The race begins from Marina Island, Lumut to Batu Burok Beach at Kuala Terengganu, with cutoff of 125 hours. This race does not aim to appeal to every ultra runner. This is a race for seasoned veteran ultra runners who crave for greater challenges. Rookie and newbie ultra runners should take this as one of their ultimate challenge after having completed at least a number of 100km races, preferably with a few more 100 miles or 200km+ races as well.

Hutan Ration is supporting their sponsored Team Malatra runner/founder, Razif Yahya, who manages to complete the race in 108 hours. It was an intense race as runners are not far from each other and the leading runner changes every so often.

In the end, it was Veronique Bourbeau of Canada that won the race in 98 hours, eclipsing the previous record of 105:54, set by David Spence. As Bourbeau reached the final 60km she began to run around an 8km per hour pace, something she never thought possible. During the first day though, it took sometime to get into her rhythm: “It was awful, absolutely awful. I was wondering why I was doing it.” she mentioned.

But by the final day, she was in the zone.“I went for it when I knew I could win,” she said. “My thoughts were saying slow down, it’s not that important, but I said ‘no, this is my first chance to go for it, this sport is in my blood’. “Once I said ‘go’ I was in the zone. My husband said I could slow down as no one would catch me by then, but I just wanted to go as hard as my legs would take me.”

For those looking for the ultimate challenge in Ultra Marathon in Malaysia, it is mentioned that there will be a 3rd edition next year. Any takers?